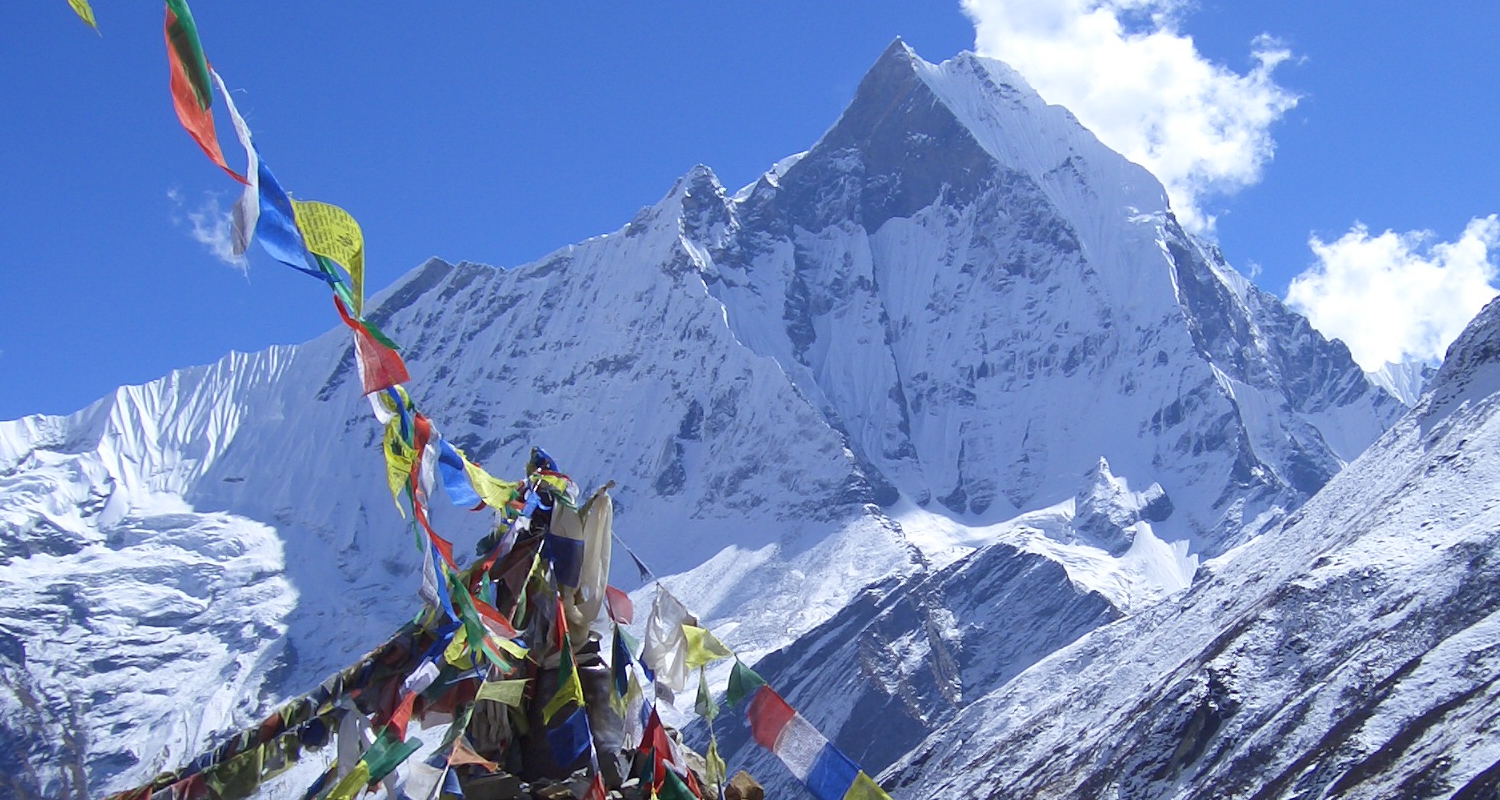 The Annapurna Circuit is a trek within the mountain ranges of central Nepal. The total length of the route varies between 160–230 km (100-145 mi), depending on where motor transportation is used and where the trek is ended. This trek crosses two different river valleys and encircles the Annapurna Massif. The path reaches its highest point at Thorung La pass (5416m/17769 ft), touching the edge of the Tibetan plateau. Practically all trekkers hike the route anticlockwise, as this way the daily altitude gain is slower, and crossing the high Thorong La pass is easier and safer.

The trek begins at Besisahar or Bhulbhule in the Marshyangdi river valley and concludes in the Kali Gandaki Gorge. Besisahar can be reached after a seven-hour drive from Kathmandu or almost  five and a half hour from Bhairahawa . The trail passes along paddy fields and into subtropical forests, several waterfalls and gigantic cliffs, and various villages.